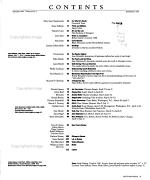 Cincinnati Magazine taps into the DNA of the city, exploring shopping, dining, living, and culture and giving readers a ringside seat on the issues shaping the region.

Enriches understanding this critical period in American history and illuminates the major issues of 20th-century theatre and drama. 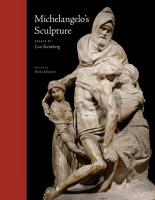 Leo Steinberg was one of the most original and daring art historians of the twentieth century, known for taking interpretative risks that challenged the profession by overturning reigning orthodoxies. In essays and lectures that ranged from old masters to contemporary art, he combined scholarly erudition with an eloquent prose that illuminated his subject and a credo that privileged the visual evidence of the image over the literature written about it. His works, sometimes provocative and controversial, remain vital and influential reading. For half a century, Steinberg delved into Michelangelo’s work, revealing the symbolic structures underlying the artist’s highly charged idiom. This volume of essays and unpublished lectures explicates many of Michelangelo’s most celebrated sculptures, applying principles gleaned from long, hard looking. Almost everything Steinberg wrote included passages of old-fashioned formal analysis, but here put to the service of interpretation. He understood that Michelangelo’s rendering of figures as well as their gestures and interrelations conveys an emblematic significance masquerading under the guise of naturalism. Michelangelo pushed Renaissance naturalism into the furthest reaches of metaphor, using the language of the body and its actions to express fundamental Christian tenets once expressible only by poets and preachers—or, as Steinberg put it, in Michelangelo’s art, “anatomy becomes theology.” Michelangelo’s Sculpture is the first in a series of volumes of Steinberg’s selected writings and unpublished lectures, edited by his longtime associate Sheila Schwartz. The volume also includes a book review debunking psychoanalytic interpretation of the master’s work, a light-hearted look at Michelangelo and the medical profession and, finally, the shortest piece Steinberg ever published. 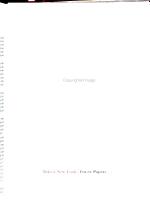