The perfect “bridge” book between physical exam textbooks and clinical reference books Covers the essentials of the diagnostic exam procedure and the preparation of the patient record Includes overviews of each organ/region/system, followed by the definition of key presenting signs and their possible causes Unrivaled in its comprehensive coverage of differential diagnosis, organized by systems, signs, and syndromes 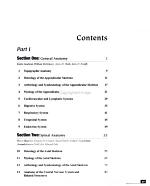 This valuable review tool features 1,000 multiple-choice questions with explanatory answers, organized by topic, according to Parts I and II of the NBCE boards. No other product on the market is as comprehensive and useful. It provides a Q&A review with rationale and quick reference tools to help users prepare for the boards. Updated references in each section direct students to supplemental reading for further information. Tables, boxes, and other quick-reference tools summarize content at a glance. The CD-ROM contains all the questions from the book plus approximately 500 additional questions, answers, and rationales, as well as automatically scored quizzes. Approximately 1,000 multiple-choice questions with explanatory answers are organized and formatted according to the national boards. Updated references in each section refer readers to supplemental resources, making it easier to investigate specific topics. CD-ROM with automatically scored quizzes enables students to practice and see their scores at the end of each test. Illustrations visually reinforce difficult topics and aid understanding. Tables, boxes, and other quick reference tools summarize the content at a glance. Approximately 500 additional questions are provided on CD-ROM with answers, and rationales.

Publisher's Note: Products purchased from Third Party sellers are not guaranteed by the publisher for quality, authenticity, or access to any online entitlements included with the product. The classic guide to the undifferentiated patient–enhanced by new cases Technological advances have taken testing and imaging to remarkable new places—yet establishing patient history and performing physical examinations are more important now than ever. This classic guide has been showing students and clinicians how to approach the diagnostic process thoughtfully and systematically for decades—and this revised edition brings you completely up to date. Part physical examination primer, part differential diagnosis tool, DeGowin's Diagnostic Examination provides the information and insights you need to make accurate, evidence-based diagnostic hypotheses. Covering all physical exam techniques and procedures, this updated edition shows how to collect clinical findings gleaned from the physical examination and synthesize them into a differential diagnosis. • Covers the latest developments in evidence-based physical examinations • Explains how to obtain a complete patient history and perform a thorough physical exam • Organized by signs, symptoms, and syndromes to make finding what you need quick and easy • Connects symptoms and signs with disease pathophysiology • Facilitates efficient, cost-effective diagnostic testing using focused differential diagnoses This classic guide continues to effectively combine current diagnostic practices with the unchanging aspects of clinical medicine.

"Health Assessment and Clinical Diagnosis in Primary Care is designed for beginning advanced practice students and/or novice clinicians who will be using history and physical examination skills in the clinical setting. Its purpose is to take the reader to the next step of health assessment, beyond basic history and physical examination and into a diagnostic reasoning process. The text focuses the physical examination around a specific chief complaint rather than a diagnosis or disease entity. The primary care provider who masters the differential diagnosis in this text will be able to accurately diagnose the majority of patients seen in practice today."--PUBLISHER.

To See With A Better Eye Book Description:

René Théophile Hyacinthe Laennec (1781-1826) is best known for his invention of the stethoscope, one of medicine's most powerful symbols. Histories, novels, and films have cloaked his life in hagiography and legend. Jacalyn Duffin's fascinating new biography relies on a vastly expanded foundation of primary source material, including thousands of pages of handwritten patient records, lecture notes, unpublished essays, and letters. She situates Laennec, the scientist and teacher, within the broader social and intellectual currents of post-Revolutionary France. Her work uncovers a complex character who participated actively in the dramatic changes of his time. Laennec's famous Treatise on Mediate Auscultation was his only published book, but two lesser known works were left in manuscript: an early treatise on pathological anatomy and a later set of lectures on disease. The three parts of Duffin's biography correspond to these books. First, she examines Laennec's student research on the emerging science of pathological anatomy, the background for his major achievement. Second, she uses his clinical records to trace the discovery and development of "mediate auscultation" (listening through an instrument, or mediator, to sounds within the human body). The stethoscope allowed clinicians to "see" the organic alterations inside their living patients' bodies. Finally, she explores the impact of auscultation on diagnostic practice and on concepts of disease. Analyzed here for the first time in their entirety, Laennec's Collége de France lectures reveal his criticism of over-enthusiastic extrapolations of his own method at the expense of the patient's story. Originally published in 1998. The Princeton Legacy Library uses the latest print-on-demand technology to again make available previously out-of-print books from the distinguished backlist of Princeton University Press. These editions preserve the original texts of these important books while presenting them in durable paperback and hardcover editions. The goal of the Princeton Legacy Library is to vastly increase access to the rich scholarly heritage found in the thousands of books published by Princeton University Press since its founding in 1905.

Presented in a useful handbook style, Top 60 Signs for Nurses: Quick reference guide for best practice care outlines the evidence base and clinical value of each clinical sign to assist with interpretation. Each of the signs is related back to the mechanism of action along with clearly documented research to demonstrate the evidence base associated with this sign. Signs are ordered alphabetically within each chapter outlining a specific body system Extensive reference lists of up-to-date literature strengthen the authority of the content Clinical Pearls highlight the main signs which students and graduate nurses should look out for to help them identify conditions with which the patients present 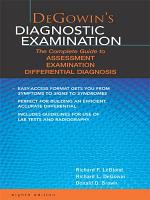 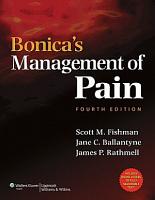 Bonica's Management of Pain was the first major textbook written primarily to guide practitioners as a comprehensive clinical text in the field of pain medicine. We aim to build on Bonica's tradition to assemble an updated, comprehensive textbook for pain practitioners that is seen as the leading text in the field of pain medicine. Prior editions have been largely based on contributions from leading practitioners who described current practice; this revision will make every attempt to include concise summaries of the available evidence that guides current practice.