A harrowing tale of struggle and survival for two immigrants who learn that everything is for sale in London's secret underworld. 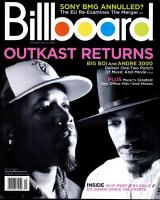 Yosefa Loshitzky challenges the utopian notion of a post-national "New Europe" by focusing on the waves of migrants and refugees that some view as a potential threat to European identity, a concern heightened by the rhetoric of the war on terror, the London Underground bombings, and the riots in Paris's banlieues. Opening a cinematic window onto this struggle, Loshitzky determines patterns in the representation and negotiation of European identity in several European films from the late 20th and early 21st centuries, including Bernardo Bertolucci's Besieged, Stephen Frears's Dirty Pretty Things, Mathieu Kassovitz's La Haine, and Michael Winterbottom's In This World, Code 46, and The Road to Guantanamo.

The Disability Studies Reader collects, for the first time, representative texts from the newly emerging field of disability studies. This volume represents a major advance in presenting the most important writings about disability with an emphasis on those writers working from a materialist and postmodernist perspective. Drawing together experts in cultural studies, literary criticism, sociology, biology, the visual arts, pedagogy and post-colonial studies, the collection provides a comprehensive approach to the issue of disability. Contributors include Erving Goffman, Susan Sontag, Michelle Fine and Susan Wendell. 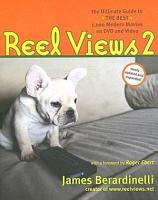 Ethical questions feature prominently on today's cultural andpolitical agendas. The Ethics of Cultural Studies presents an ethicalmanifesto for Cultural Studies, an exploration of its current ethicaland political concerns, and of its future challenges.The book is concerned with ethics in the material world, and drawson examples as diverse as cloning and genetics, asylum andimmigration, experiments in plastic surgery and in electronic anddigital art, memories of the Holocaust, September 11th, and mediarepresentations of violence and crime.The Ethics of Cultural Studies is a groundbreaking intervention thatsets the debate on ethics in cultural study, and offers an invaluablesource of ideas for students of contemporary culture.