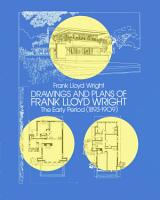 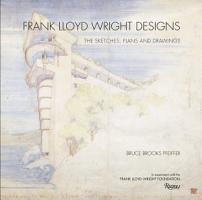 The first major presentation in decades of the visionary drawings of the artist-architect and master designer. Frank Lloyd Wright was an architect of vast and unprecedented vision, whose work is not only still admired by the critics and carefully studied by historians but is also widely beloved. Comfortable spaces, humanly scaled, with extraordinary attention to detail-as seen in a range of architectural forms-are at the center of Wright's enduring appeal. This vision and attention is nowhere more evident than in the drawings. It has been said that had Wright left us only drawings, and not his buildings as well, he would still be celebrated for his brilliant artistry, and this is borne out here. Even more significant, and shown here as never before, are the magical first moments of invention and inspiration-Wright's earliest sketches, some never before published-which offer unique insight into the mind of the master architect. Frank Lloyd Wright Designs is the most important and comprehensive book to be published on the drawings, designs, conceptual sketches, elevations, and plans of Wright, with particular emphasis on the development of certain important projects. It includes the best-known and beloved projects-like Fallingwater, The Coonley House, Midway Gardens, the Guggenheim, the Imperial Hotel-as well as a range of intriguing, unfamiliar, and previously unpublished drawings by Wright. 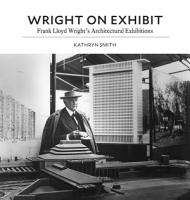 The first history of Frank Lloyd Wright's exhibitions of his own work—a practice central to his career More than one hundred exhibitions of Frank Lloyd Wright's work were mounted between 1894 and his death in 1959. Wright organized the majority of these exhibitions himself and viewed them as crucial to his self-presentation as his extensive writings. He used them to promote his designs, appeal to new viewers, and persuade his detractors. Wright on Exhibit presents the first history of this neglected aspect of the architect’s influential career. Drawing extensively from Wright’s unpublished correspondence, Kathryn Smith challenges the preconceived notion of Wright as a self-promoter who displayed his work in search of money, clients, and fame. She shows how he was an artist-architect projecting an avant-garde program, an innovator who expanded the palette of installation design as technology evolved, and a social activist driven to revolutionize society through design. While Wright’s earliest exhibitions were largely for other architects, by the 1930s he was creating public installations intended to inspire debate and change public perceptions about architecture. The nature of his exhibitions expanded with the times beyond models, drawings, and photographs to include more immersive tools such as slides, film, and even a full-scale structure built especially for his 1953 retrospective at the Guggenheim Museum. Placing Wright’s exhibitions side by side with his writings, Smith shows how integral these exhibitions were to his vision and sheds light on the broader discourse concerning architecture and modernism during the first half of the twentieth century. Wright on Exhibit features color renderings, photos, and plans, as well as a checklist of exhibitions and an illustrated catalog of extant and lost models made under Wright’s supervision. 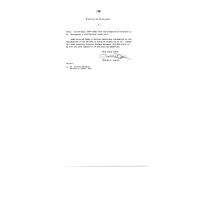 Over a quarter of a century, Frank Lloyd Wright provided the city of Buffalo with a series of remarkable designs. These houses, commercial buildings, and unbuilt projects, devised between 1903 and 1929, link the architect's early Prairie period to his magnificent reaction to Modernism, exemplified by Fallingwater and the Johnson Wax Building. To convey this story, author Jack Quinan introduces a cast of characters linked by their association with the Larkin Company, the client that first drew Wright to New York State. Not long after sketches for a Larkin Administration Building had arrived in Buffalo, commissions for grand houses were whistling from Buffalo to Wright's studio in Oak Park, Illinois. An intimate bond united the architect and Darwin D. Martin, Wright's most fervent supporter at the Larkin Company. A reliable patron and close friend, Martin steered crucial jobs Wright's way and afforded him generous loans. The Buffalo venture extended beyond the city limits, as clients from Buffalo moved, expanded their domestic vision to summer homes, or took on farflung projects. When the fortunes of the Larkin Company and its executives ebbed, Wright focused on new fields, in Arizona, California, and farther from home. But the traces of the Buffalo years may be seen in much of his subsequent work. Drawing on materials from archives in California, Arizona, Washington, D.C., and New York, interviews conducted over several decades, and previous studies, State University of New York at Buffalo distinguished service professor Jack Quinan brings to light one of the most significant periods of Wright's long career. With more than 125 historical and contemporary photographs and architectural plans and drawings, "Frank Lloyd Wright's Buffalo Venture" chronicles a little appreciated chapter in architectural history. 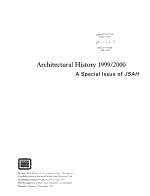 Journal Of The Society Of Architectural Historians Book Description: 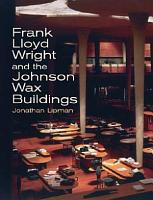 Thoroughly researched study of the design and construction of this radical, inspiring workplace draws on much unpublished archival material. From the genesis of the structurally unique Administration Building — its design development, innovations, and furnishings — to the construction and completion of the Research Towers, Lipman presents a wealth of information. 172 black-and-white illustrations. 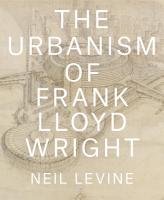 Conceived and developed as a companion volume to The Architecture of Frank Lloyd Wright.

A complete biography based on a wide range of previously untapped primary sources, covering Wright's private life, architecture, and role in American society, culture, and politics. Views Wright's buildings as biographical as well as social statements, analyzing his work by type, category, and individual structure. Examines Wright's struggle to develop a new artistic statement, his dramatic personal life, and his political and economic ideas, including those on cities, energy conservation, cooperative home building, and environmental preservation. Includes over 150 illustrations (photographs, floor plans, and drawings--many never before published), extensive footnotes, and the most exhaustive bibliography of Wright's published work available.