In Sam We Trust Book Description:

Wal-Mart's mighty presence is no longer restricted to America. To the alarm of the UK retail sector, June 1999 saw Wal-Mart devour Asda. And given Wal-Mart's track record in the rest of the world, such alarm is well-founded. For instance, within seven years of Wal-Mart invading Canada and Mexico it became the largest retailer in both countries. It took less than two years for it to become the fourth largest retailer in Germany, while France and several Scandinavian countries now look destined for Wal-Mart's shopping basket. In Sam We Trust offers an exhaustive in-depth investigation into this powerful retailing empire. Bob Ortega, The Wall Street Journal's authority on Wal-Mart, goes beyond the headlines and Sam Walton's carefully crafted public image to reveal the ruthless penny-pinching manipulator behind the visionary genius. He also provides an illuminating history of retailing that includes case studies of such important Wal-Mart competitors as Sears, J.C. Penny, Price Clubs and, of course, Kmart. In Sam We Trust describes in detail not only how Wal-Mart became what it is, but also how it works today. In this new edition, Bob Ortega brings us up to date with Wal-Mart's worldwide shopping spree and gives us a unique peep behind the doors of the Asda deal and its likely impact on British retailing, shoppers and communities. In Sam We Trust provides a fascinating context for current developments: Ortega's incisive analysis of Sam Walton's controversial rise to power and the creation of the world's most successful retail business makes for a shocking yet compelling read. 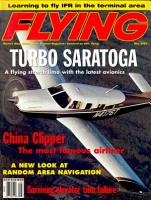 "How much does it cost?" We think of this question as one that preoccupies the nation's shoppers, not its statesmen. But, as Pocketbook Politics dramatically shows, the twentieth-century American polity in fact developed in response to that very consumer concern. In this groundbreaking study, Meg Jacobs demonstrates how pocketbook politics provided the engine for American political conflict throughout the twentieth century. From Woodrow Wilson to Franklin Roosevelt to Richard Nixon, national politics turned on public anger over the high cost of living. Beginning with the explosion of prices at the turn of the century, every strike, demonstration, and boycott was, in effect, a protest against rising prices and inadequate income. On one side, a reform coalition of ordinary Americans, mass retailers, and national politicians fought for laws and policies that promoted militant unionism, government price controls, and a Keynesian program of full employment. On the other, small businessmen fiercely resisted this low-price, high-wage agenda that threatened to bankrupt them. This book recaptures this dramatic struggle, beginning with the immigrant Jewish, Irish, and Italian women who flocked to Edward Filene's famous Boston bargain basement that opened in 1909 and ending with the Great Inflation of the 1970s. Pocketbook Politics offers a new interpretation of state power by integrating popular politics and elite policymaking. Unlike most social historians who focus exclusively on consumers at the grass-roots, Jacobs breaks new methodological ground by insisting on the centrality of national politics and the state in the nearly century-long fight to fulfill the American Dream of abundance.

In Food Justice, Robert Gottlieb and Anupama Joshi tell the story of this emerging movement. 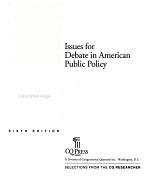 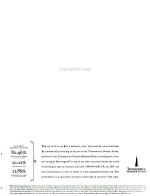