World-class woodworker Sam Maloof (1916-2009), the first craftsperson to receive a MacArthur Foundation grant, inhabited his family compound in Alta Loma, California, for 45 years until the State of California decided that a new highway was needed, and that the Maloof homestead was in the way. The result was the move, between 1998 and 2001, of the historic residence, two woodworking studios, guesthouse, and twenty trees to a new site three miles away. As it explores the human side of historic preservation, the book explains how Sam, a beleaguered but plucky elderly California Living Treasure and master woodworker, survives his historic property's relocation by the government. Construction manager and architect Ann Kovara relates this true story of how progress and tradition, public needs and private lives, managed to reach an accord.

MASTER CRAFTSMAN SAM MALOOF inhabited his family compound in Alta Loma, California for 45 years until the State of California decided that a new highway was needed, and the Maloof homestead was standing in the way. The result was the move of the historic residence, woodworking studio, guesthouse, and twenty major trees. Construction Manager and Architect Ann Kovara tells this true story of how progress and tradition, public needs and private lives, managed to reach an accord

Films And Other Materials For Projection Book Description: 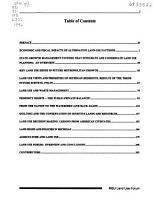 Land Use Decision Making Its Role In A Sustainable Future For Michigan Book Description: 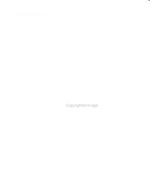 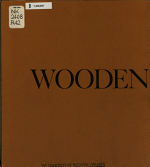 Located at the base of the San Gabriel Mountains near the southern end of the Cajon Pass, Rancho Cucamonga has served as a natural crossroads for those traveling to and from Southern California. In 1776, while freedom was being declared on the east coast of North America, Spanish explorers were meeting native Cucamonga Indians for the first time. From that point on, Spanish missionaries, pioneers, gold miners, immigrants, settlers, and businessmen traveled through Cucamonga on the Mojave Trail, the Old Spanish Trail, the Santa Fe Trail, El Camino Real, and more recently, former U.S. Route 66. While some continued on, others stayed and built farms, vineyards, and more. Italian immigrants, attracted by stories of Cucamonga's ideal soil and climate, planted vast vineyards of Italian grape stock and produced many world-famous wines. Although Cucamonga's heyday of grapes and winemaking spanned a century, little wine is produced today. Now Rancho Cucamonga attracts people as an excellent place to live. Money magazine placed it in the top 100 in its "Best Places to Live" rankings in 2006. 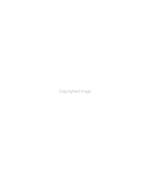