Brings together international scholarship to explore the changing relationships between war, media, and the public from multidisciplinary perspectives and over an extended historical period, spanning from World War I through the so-called 'War on Terror'.

"British propaganda brought America to the brink of war, and left it to the Japanese and Hitler to finish the job." So concludes Nicholas Cull in this absorbing study of how the United States was transformed from isolationism to belligerence in the years before the attack on Pearl Harbor. From the moment it realized that all was lost without American aid, the British Government employed a host of persuasive tactics to draw the US to its rescue. With the help of talents as varied as those of matinee idol Leslie Howard, Oxford philosopher Isaiah Berlin and society photographer Cecil Beaton, no section of America remained untouched and no method--from Secret Service intrigue to the publication of horrifying pictures of Nazi atrocities--remained untried. The British sought and won the support of key journalists and broadcasters, including Edward R. Murrow, Dorothy Thompson and Walter Winchell; Hollywood film makers also played a willing part. Cull details these and other propaganda activities, covering the entire range of the British effort. A fascinating story of how a foreign country provoked America's involvement in its greatest war, Selling War will appeal to all those interested in the modern cultural and political history of Britain and the United States. 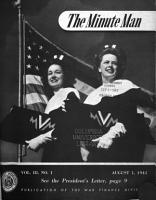 In the spring of 2004, army reservist and public affairs officer Steven J. Alvarez waited to be called up as the U.S. military stormed Baghdad and deposed Saddam Hussein. But soon after President Bush’s famous PR stunt in which an aircraft carrier displayed the banner “Mission Accomplished,” the dynamics of the war shifted. Selling War recounts how the U.S. military lost the information war in Iraq by engaging the wrong audiences—that is, the Western media—by ignoring Iraqi citizens and the wider Arab population, and by paying mere lip service to the directive to “Put an Iraqi face on everything.” In the absence of effective communication from the U.S. military, the information void was swiftly filled by Al Qaeda and, eventually, ISIS. As a result, efforts to create and maintain a successful, stable country were complicated and eventually frustrated. Alvarez couples his experiences as a public affairs officer in Iraq with extensive research on communication and government relations to expose why communications failed and led to the breakdown on the ground. A revealing glimpse into the inner workings of the military’s PR machine, where personnel become stewards of presidential legacies and keepers of flawed policies, Selling War provides a critical review of the outdated communication strategies executed in Iraq. Alvarez’s candid account demonstrates how a fundamental lack of understanding about how to wage an information war has led to the conditions we face now: the rise of ISIS and the return of U.S. forces to Iraq.

Analyzes the American government's successes and failures in winning domestic support for the foreign wars of the twentieth and twenty-first centuries. 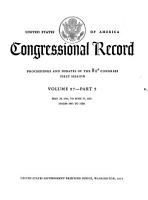 Details how presidents utilize mass media to justify foreign policy objectives in the aftermath of 9/11. Modern presidents have considerable power in selling U.S. foreign policy objectives to the public. In Selling War, Selling Hope, Anthony R. DiMaggio documents how presidents often make use of the media to create a positive informational environment that, at least in the short term, successfully builds public support for policy proposals. Using timely case studies with a focus on the Arab Spring and the U.S. War on Terror in the Middle East and surrounding regions, DiMaggio explains how official spin is employed to construct narratives that are sympathetic to U.S. officialdom. The mass media, rather than exhibiting independence when it comes to reporting foreign policy issues, is regularly utilized as a political tool for selling official proposals. The marginalization of alternative, critical viewpoints poses a significant obstacle to informed public deliberations on foreign policy issues. In the long run, however, the packaging of official narrative and its delivery by the media begins to unravel as citizens are able to make use of alternative sources of information and assert their independence from official viewpoints. Selling War, Selling Hope is an innovative project that pushes the fields of political science, political communication, public opinion, and presidential rhetoric into new and exciting directions. This book is essential reading.  Mark Major, author of The Unilateral Presidency and the News Media: The Politics of Framing Executive Power This eye-opening exposition offers a radical new conclusion to the debate over why Americans oppose wars: Americans oppose particular wars for moral reasons. By capturing the wide range of presidential rhetoric from fear to hope, DiMaggio documents the depths plumbed by political and other elites to manipulate the American public to support the wars in Afghanistan and Iraq. In order to counteract American citizens moral opposition to war, political elites manipulate citizens fears into support for war by giving them hope, but the policies they choose, more often than not, lead to more war and reason for fear which creates a vicious cycle: fearhopewar. The challenge we face is to break through the noise and the manipulation of political, economic, and military elites. DiMaggio offers us a way to see clearly.  Amentahru Wahlrab, University of Texas at Tyler

Holland analyses foreign policy debates in the Anglosphere (US, UK and Australia) during the Syrian Civil War.